This program is directed both to U.S. based franchisors planning to expand abroad and to franchise companies based outside the U.S. Some of the most promising markets for franchising are outside the U.S. Franchisors in virtually every country are now devoting an increasing portion of their resources and energies to expanding beyond their base to growing markets abroad. Franchise experts will look at issues ranging from the cultural challenges of international expansion to the practical aspects of doing business across borders. The topics will address the most common business and legal problems affecting international franchising. Franchisors and professionals experienced in international franchising will take part in the panels. A question and answer period will follow each topic. All workshop attendees receive admission to the exhibits on all three days.

This Workshop Will Look At 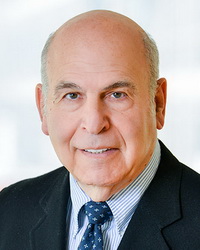 Philip Zeidman devotes his practice to domestic and international distribution, licensing and franchising law. In 2017 Mr. Zeidman received Who's Who Legal's Lifetime Achievement Award at a ceremony in London. Mr. Zeidman was named Global Franchise Lawyer of the Year for 9 years, every year the award has been given. Mr. Zeidman received the Burton Award of Excellence in Legal Writing from the Library of Congress. He was the first Chairman of the American Bar Association Antitrust Law Section’s Distribution and Franchising Committee, and is the Editor of Legal Aspects of Selling and Buying (Thomson/Reuters). He has served as General Counsel to the International Franchise Association throughout his career.

Philip has been admitted to practice before the US Supreme Court and in the District of Columbia, New York, Florida and Alabama. He graduated with honors from Yale College, where he was named Scholar of the First Rank and was Managing Editor of the Yale Banner Publications. At Yale he received both the Jonathan Davenport Award and the William Houston McKim Award. He was elected Chairman of the Class Council of his class at Yale, received its first Distinguished Service Award and was named its representative to the Association of Yale Alumni. He received his law degree from Harvard University and also studied at the Harvard Graduate School of Business Administration. Philip has served as a member of the advisory board of the Yale School of Organization and Management; as a trustee of the Yale-China Association; and as a member of the advisory board of the DeWitt Wallace Center for Communications and Journalism of the Terry Sanford Institute for Public Policy of Duke University.

Philip is counsel to a number of US and foreign companies and trade associations. He served as Special Counsel to the Japan Franchise Association. He has engaged in an international transactional practice, testified before governmental bodies, participated in judicial and administrative proceedings, taught at universities and appeared before business and professional groups in Argentina, Australia, Austria, Belgium, Brazil, Canada, the Czech Republic, England, Finland, France, Germany, Greece, Hong Kong, Hungary, India, Ireland, Israel, Italy, Japan, Mexico, Morocco, New Zealand, the People’s Republic of China, Poland, Portugal, Russia, Serbia-Montenegro, Singapore, Slovenia, South Africa, South Korea, Spain, Sweden, Switzerland, Tunisia, Turkey, the United Arab Emirates, and before the Commission of the European Union as well as before numerous US congressional committees.

Philip has been retained to advise a number of international governmental organizations on techniques for international development, and for the privatization of state-owned enterprises by the Organization for Economic Cooperation and Development (Paris), for work in Central and Eastern Europe; by the World Intellectual Property Organization (Geneva), to assist in the development of its Franchising Guide for Developing Countries; by the International Center for Public Enterprises (Ljubljana), to help create an international franchising databank for use in transitional economies; by the International Executive Service Corps, to introduce franchising into Morocco; by Unidroit, a UN-affiliated agency (Rome), to advise on the issue of the regulation of international franchising; by the US Agency for International Development (for work with the Indian government, to assist black entrepreneurs in post-apartheid South Africa, and to assist the privatization agencies of the former Soviet Union); and by the Middle East Investment Initiative to introduce franchising to Tunisia.

He served as a Trial Lawyer for the Federal Trade Commission; General Counsel to the Small Business Administration (when he was named to that position, at age 30, he was the youngest chief legal officer of any department or agency of the federal government); and Special Assistant to the Vice President of the United States. Politically, in addition to serving the Vice President, he was a speech writer in two presidential campaigns; Executive Director of the Democratic Platform Committee in a third; and traveled with Governor Jimmy Carter as an advisor to him throughout his successful general election campaign.